The Adventures of Thunder Women

Chapter 1, How it All Began

It all started on one cold winter night, at Kevin’s apartment. There was Kevin, Rob, Mike, and this tall but skinny fellow, who everyone called Cardboard. This is because Cardboard is tall, skinny, and flimsy like a piece of cardboard. They were all enjoying a beer, while watching the hockey match together. They were also talking amongst themselves about whatever was on their minds. Cardboard shared a story of his old job as a clerk at The Shell gas station. He explained that he had gotten fired, because he had a supposable bee sting on his right eye. He had to miss work for medical treatment, which in result got him fired. He also mentioned that he was in charge of the money deposits into the safe at his old job. Mike became very interested about this safe, and asked “do you know the combination to this safe”? Cardboard replied “yes but I can’t remember it”. Mike became very dissatisfied with his answer and kept pressuring Cardboard to tell him the combination. As Mike was pressuring Cardboard to give him the combination, Rob said “For fucks sake, just tell him the combination already Cardboard”.  There was a brief silence. Cardboard then said “fine, 22-26-34” quickly as he didn’t want Mike to hear it. Mike then quickly grabbed a pen, and some paper. He went to the bathroom, and wrote the numbers down as quickly as he could without anyone noticing. Mike then drank a couple beers, and told Kevin he had to leave. Everyone then said “good-bye”, and other friendly gestures as Mike left.

Now Mike had a long walk ahead of him in the blistering cold. His house was about 6 blocks away. He kept the piece of paper with the combination on it, very safe. After one hour later, Mike finally got home. When he got home he laid down on his bed for a brief minute then made a call. He called his friend Sean, who happened to be African-American. When Sean answered the phone, Mike explained that he wanted to do a job, and hit The Shell gas station safe. Mike said to Sean “send me your three craziest niggers, honk twice when they’re here, tell them to have their best disguises on, and bring some “Roofies”. Sean said “okay, they will be there in less than an hour”. As Mike was getting excited, he couldn’t think of a clever disguise. It then hit him, there was some of his sisters clothes and a blonde wig in the closet. So he put on a black lace shirt, tight blue jeans, a tight leather jacket, the blonde wig, and also put some make-up on. Then Thunder Women was born!

Chapter 3 – The Get Away

Thunder Women got home, quickly got dressed into his normal clothes, took off the make-up and then became Mike again. Mike decided he wanted to go to his local bar. So he headed to“The Divinchi” which was a couple blocks from his home. In the Divinchi there was a small set of steps going up to the spacious bar, and next to the stairs was a large bocce ball court. He has a pocket full of money and cocaine. Mike entered the bar and ordered a pint of beer. He then sat next to a couple people at one of the tables and started chatting. There was quite alot of people in the bar. Mike then convinced everyone to start pitching in money to buy large pitchers of beer to share. The barmaid who everyone called “skippy” was happy with the amount of beer everyone was buying. As Mike was enjoying his beer, he lit up a cigarette inside the bar which was not allowed. Skippy then said, “Mike what are you doing, you can’t smoke in here”. Mike said “ohh yeah what are you going to do about it, call the cops?”. Skippy replied “yeah”. Mike grabbed the phone out of her hand and disconnected it, while continuing to smoke. Other people then started smoking in the bar. Skippy herself said “Ahh fuck it, everyone else is smoking I mayswell too”, and lit up a smoke herself. As everyone was drinking, smoking, and having a good time, skippy said “Okay, last call”. Everyone got mad. Mike then threatened skippy with a knife and got her to lock the doors, and continue serving booze to everyone. Skippy complied and started drinking herself. It was past 3 o clock in the morning, a cop noticed through the window that the bar was still serving alcohol and tried knocking on the door. No one let him in. As the police officer continued knocking on the door. Mike went to the window and pulled his pants down and mooned the police officer. The cop got mad and called back-up. More cops arrived and demanded the people in the bar open the door and let them in. Everyone was getting worried except Mike. He then got a piece of paper and a pen and started writing a list of demands. A few people started thinking of what Mike could write on the list. Eventually they thought of a black hawk helicopter, bazooka, machine guns and a lot of more silly demands. Mike then quickly opened the door and threw the list outside and closed the door fast. One of the cops read the note and laughed as it was getting late. One cop said “ahh, there not causing any harm their just drunk and having a good time”. The cops decided to just leave.

As the cops left Mike then busted out the cocaine he had in his pocket. Some people got high and drunk. Mike then offered a line of coke to skippy the bar maid. She said “No”. Mike then said trust me you'll like it. She then took a small line, and said “Wow that was great”. Mike then used someone’s cell phone and started inviting people to the bar. Lots of people started showing up. As the bar was getting busy they started making the main back bar area a VIP area, where Mike and a couple random people he wanted around would sit and drink. Everyone else had to go to the bocce ball court, which became a big dance floor where hundreds of people were. As time went by celebrities started hearing about the crazy party and started showing up. There was Eminem, Nicki Minaj, Rihanna, and alot more celebrities there. Mike started getting people to throw money in a big pile as a cover charge. Mike offered Eminem a line of coke but, he declined as he was becoming sober. Mike then said “hey want to see me do a Thunder Women line of coke”. The people he was sitting with said “yeah, sure”. Mike then cut a really big line of coke, took a deep breath and sniffed the whole line in one big swoop. Eminem laughed and then left. More and more people started showing upto the bar. Even United States president Barack Obama was there, sitting at Mike’s table. Mike was mingling with all the important people who were sitting at his table. Drinking beer, smoking cigarettes and doing the odd line of coke. Everyone was having a great time. After Mike was really drunk and high. He fell aslseep next to the big pile of cash he was collecting from everyone. It was about 6 in the morning. Mike then woke up around 8 o clock in the evening, he was surprised the party was still happening and forgot where he was.

He got up and continued drinking and getting high on coke. He had a crush on Rihanna and was harassing her. Calling her baby, and hitting on her. Rihanna was uncomfortable. Skippy the bartender said “I don't trust all these American's here Mike”. As lots of them had guns. As the party continued someone offered Mike a puff of a marijuana joint. Mike took a puff, and soon became very paranoid. He was having very bad anxiety on the weed, as this drug was Mikes Kryponite. He then got up and said “Okay parties over guys, Last one standing gets all the money here in the pile, I've had enough of this and want to go home.” Everyone became shocked. Barack Obama was taken out by his security straight away. Mike asked for a hand gun off this guy in a white suit. The man gave him a glock. Then the man started shooting everyone on the bocce ball court from up above at the VIP section with his UZI. Rihanna then grabbed a revolver. Mike said to her “how about we kill some people who don't deserve this money” and walked her towards the part of the VIP section that looked over the bocce ball court. Mike then aimed his gun downwards. BANG went the revolver from Rihannas gun. She shot Mike in the face. Mike was in disbelief as he fell to the ground. Rihanna then said “You didn't deserve to live” and laughed. Everyone was running out of the building and everything was chaotic. There were bodies everywhere. Skippy said “I knew this was a bad idea”, and ran out of the building.

Some of Mikes friends rushed him to the hospital. Mike was in a coma. A few months passed and the doctors saw Mike started to improve, they told his mom that she could take him home and he should wake up within a couple weeks. So she took him home and tucked him into bed. Mike opened his eyes for the first time breifly. He heard his mom say “get better soon Mike”. Then fell back into the coma. About a week later he woke up confused, and was in his bed at his house. He had a gunshot wound on his right cheek. He said “Damn, what happened”. As he has only vague memories of what happened. 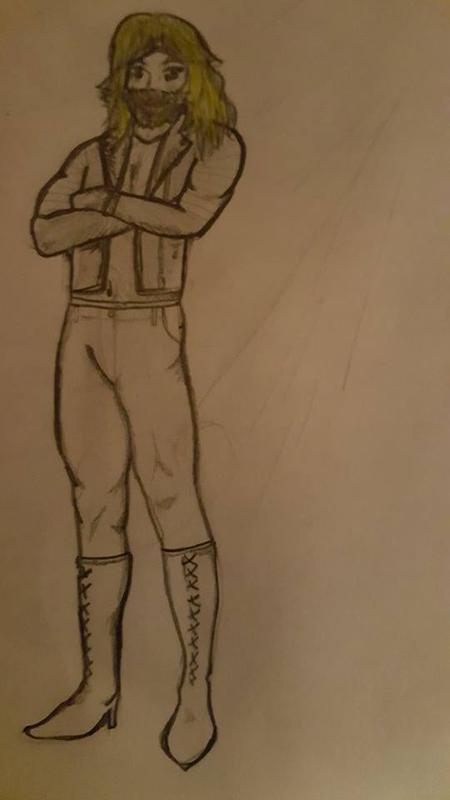 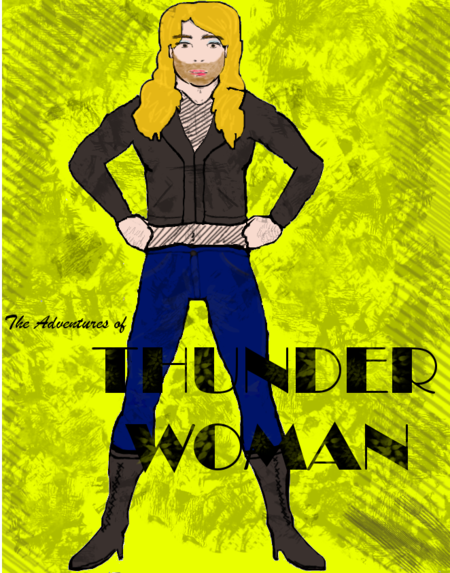